This is a  cassette player and converter  that just passed  my hands and returned back to the shop  bought it Lidl at a price of 22.5 euros .... 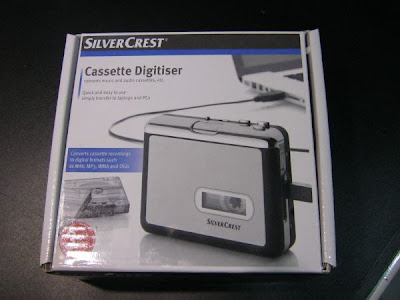 As you know  Lidl chain of supermarkets  every week  they offer news series  of products that are recycled  every half a year. Same happens to this nice and tiny cassette converter . Hoping that this small gadget could fulfill my interests in converting several cassettes  I bought it with  the hope that it could fulfill my interests : including a internal memory so that  recording  could be off computer . It was  a specification  not noticed in the box , so it was  the only reason  i boght to check into the users guide

Anyway i made a  very short check  very carefully  without opening any plastic paking in case i cold return it back. 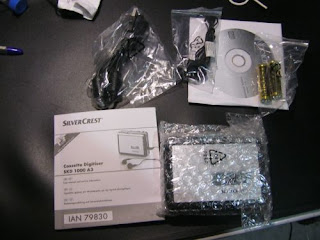 Just opening its box the  following items were included:
A guide (easily unpacked from its wraper )  , the player , a USB cable , earphones  two batteries and a CD called Audiolava  that  is the  real time  converter
Unfortunately  no information was available for  internal  memory ! that means the  converter can only  convert on trhe fly with  computer via the USB ... Gosh  , it was  not my intention ... so is the reason to return it back... 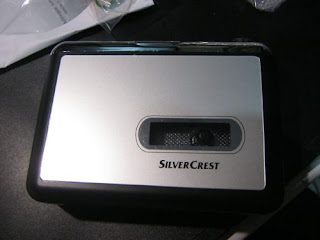 This is the picture of the  player with the cover closed ..... 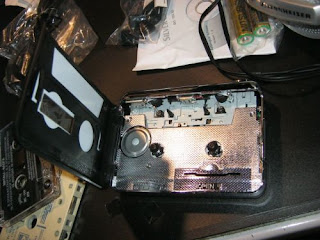 and  here witrh the cover open! 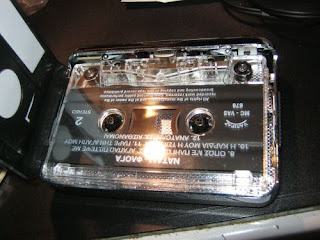 and here with a  tape for minimal test 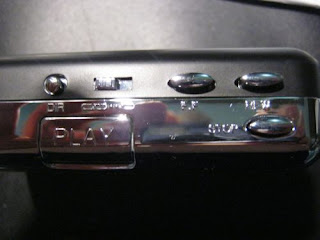 Here are all the playback control buttons . ON top are the  direction button , playback , FF (fast forward), REW  rewind , the playback button and the  stop button 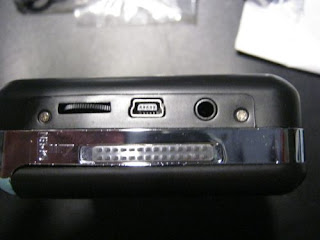 and aboveare the controls  for volume , USB   earphone and eject 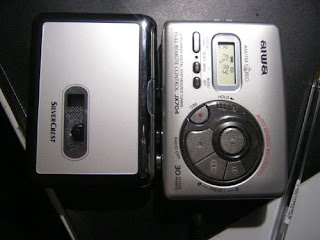 and here is  how compares with  my Aiwa  tape player

The SKD  required  at least two times press PLAY  so that it can start play . Otherwise ti seemed  as 'dead'!

Sound: sound is great ! (used  the Sennheiser  earphones  for the best possible audio ) and compares with the also great audio  from Aiwa with little more higher tones.

As Aiwa is quite old (13 years after  the purchase) that possibly means that the  speed is somehow  slower than the nominal. Checking the  speed pf Silvercrest over Aiwa , foe at about one 'hash' over (Mi note shifts  to Fa  in silvercrest )

While changing  direction on Silvercrest and  changing tape,  the direction  remains the same . That means  if the   tape is played in the  reverse (the B side  while the normal side is in A )and you change the tape  , the  tape is played on the reverse  side !

Maximum volume is relatively  low. compared  to Aiwa's  at least 25 db !  Its sound is still comfortable  with the Sennheiser   earphones

If  the player  had an internal  memory  i could keep it . Otherwise  it is very good  though with relativity  low though  sufficient volume.