This is another of the KZ series in my artillery bought from the European part of Ali via Poland with a little more cost in both item ans shipping (via  speed delivery logistics )raising the total cost to around 15 Eu . The speed carrier delivered it to around 15 days as it could be a standard package.

Therε is not more story behind this pack . it was tested in home for only a few seconds and then repacked into its box for later review The sound seemed to me very loud , louder than the EDX with lots of bass  that makes it seem very close to my AKG 81DJ in sound. 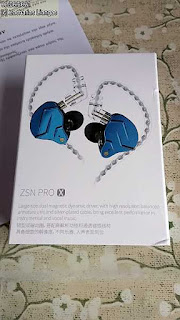 The case is exactly the same as with the EDX 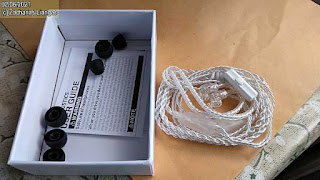 AS with EDX tere is the same amount of accessories 3 different tips by size a cble better then the EDx's fatter of 4? cores with less tangling except for the bud part  that uses thinner cable and includes also microphone There is also a info booklet that is the same as in the EDx model with the same bad but erey hot Chinglish language 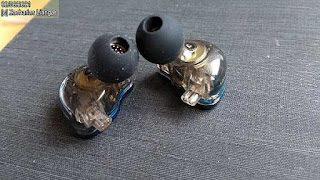 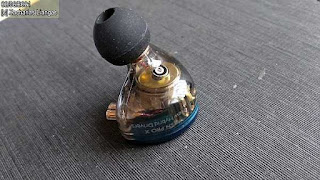 And this is the closeup of the earbuds. This is a see thru plastic case that shows the interesting insides. I didnt change the buds but they  fit perfectly  in my ears so no reason to change them . 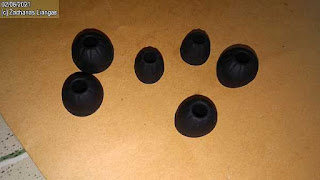 And a closeup of the 6 tips included in the case. small medium and large size

As with previous models I made the test together with EDX and Soundmagic my standard natural sounded earbud and with AKG DJ81 as it sounded in first phase very similar.

I was quite wrong : the sound even of the same audio level was very different: Indeed the bass was very close to the AKG model but middles an highs are quite higher making the feel of a cassette s sounded with Dolby off! Practically this makes the feeling of very crisp middle sounds on voice and instruments. under this condition i kept them to listen to the Q3's music for around one hour that is with various Malay songs with a totaly different feel than any other earphone due to the instrument and voice crispness The only problem is that tinnitus was again raised. it is a problem happened around 2002-3 after using for very listening for very long times a transistor  radio with superhets (whistles) caused by nearby radio stations on shortwaves.

I post the amplitude level for the first time. as it is clear the ZSN is ahead with 3 db higher volume  than the EDX Just using the statistics dialogue it shown the numbers below:

I leave this info for you to analyze.

Click on the photo to see that zoomed From the photo itis clear that both KZ models have higher upper band levels that makes both trebly with EDX being higher in the lower part of the trebles band. SM instead are better in the middles

Long time listening between this and the Sound magic and EDX 10 yield better listening towards Soudmagic. ZZSn pro is good for being used with a smartphone then listening with a MP3 player. Instead  EDX is better than ZSN for a mid time listening ie below one hour !