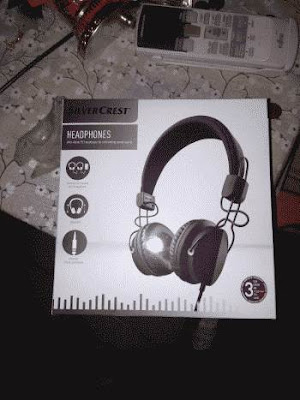 This is the third time i bought ear and head phones of this company form its main seller in Greece a German chain mega market. Their prices are quite good at 8 only Eu for this model . as usual this megamarket offers the audio products of this company only  a few times per year.
Having  already the older test of the SKH 60 C1 in mind i immediately understood that it was exactly the same model with  the only difference on the round plastic of the rear of the headphone.

My daughter already used the remain two earphones for short time after they have been damaged in  their cables from her furriness to do her next task until the one of the  ear was totally broken .fortunately the older model that was bought yeas ago still operates well with its very sharp audio , good for using with a poor sounded audio gear of the ..far past!

Let me now show you the model and compare with the previous 3 blogs before , a model i only tested and returned to its owner  . As noticed it is made in China as most models. It is a soft carton box with fair carton design and 3 years of guarantee. It will be tested by my daughter and me again. 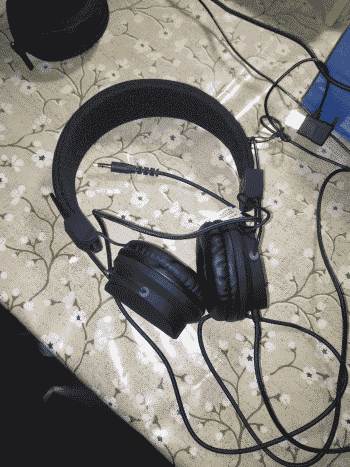 As you can see from the photo  the whole headphone is in total black. It was the choice of my daughter .Τhere were also copies in red blue and pink, τhe color i could expect from her but she insisted to use the black color as with the previous copy.
The headphones are well designed with a simple and operating way. The over the head 'belt' has a cotton cover that does not annoy as far as it is used .I use headphones for more than one hour  to up six hours the older times. 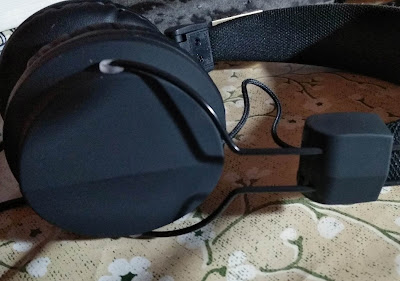 The metallic base is also very operative that can adjust to any size of head and be very light. Its design  allows the headphone to turn for more than 180 degrees
The headphone is plastic made The pillows that attach to the ear are very soft and do not annoy your listening pleasure nor your ears. I can suppose that the previous copy tested 4 years ago was a bit more stiff than this 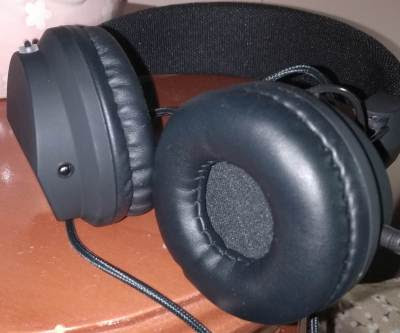 As you may see the earphones have an audio output for another user . I have tested them this way with the AKG512  but the audio quality drops.

This is an short phtoto overview of the headphones.I m closing it with a comparative A/B testing with my AKG 512
If we define the fidelity of the AKG as flat (it isn't exactly saying as it is bit bassy!)the Silvercrest are a bit sharper and little bassier ! However the span of the audio is nearly the same

They were tested with the 1103 Degen  radio  using the standard earplug and Silvercrest with the aux output.  Second test was in an old  analog Bolong radio.

Update 21/3/21 Sad to notice the long use can annoy well my years. After one of the cables from my main Sennheiser earphones was cut after it fallen in the floor and dragged by fault by my feet  they wee the only I could use due to their smaller size good fit with an audio that is with less trebles . Other headphones  use are quite bassier or treblier and irritate my quite fast my head. Even that they are not so stiff in the head they can hurt the years after around 2 hours of continuous use from the pressure … I think you understand what I mean with that!