Joining /concatenating mp3 – and other- files

This is soem4thing that I doa lot this period for a weekly program I so with a  buy from USA.

Let me be more practical and get immediately  into the useful information :

I two programs   form the far past he one is mP3 surgeon primarily used for trimming and cutting mp3 files ‘as a surgeon’ directly into the chunks instead of decompressing and recompressing the files  that mans without any loss in audio quality. The  program however has been stopped  updating a lot ago ie around 2005 A few more utilities inside it mainly the joiner a mp3 into wav converter a batch , an mp3 catalog  and a ID3 batch. A simple but professional program that requires 30Eu after the trial

The other program is nearly the same but much simpler : mp3trackmaker that  cuts  a long mp3 based in winamp’s relative positions in between songs with a separate tab for joining files. Is was a commercial program for very long time but more recently the developer offered it for free (as Irfanview older times )

Do you remember this program? Winano was a breakthrough audio fileplayer of the early times of mp3 period. This program reads the position df winamp and defines points where the file can be cut.

Tis is something very simple

This can be easy to be made providing that you will join a few files What you can then? The bet way is to use one of the above programs Both programs can help you define the sequence of these files. Otherwise  just dong the

This is not exactly random as someone can think but there is a logic behind it: DOS system and Fat recognize the file position  as added in the directory: first  added first shown . The logic continues this way until a file is removed . The next added file will positioned in the vacant seat

As I noticed in his page

The unsorted files are made the way they are added in the directory Newer files are put into the bottom of the file directory If a file is deleted from this directory If you add a new file , it can be registered in the deleted files position I know that after experimenting a lot a few years ago. This also happens with your MP3 listing

Something important with file concatenation:

For this reason I uses a very good audio converter and experimented sometime with various other formats with these results as below:

The poster also claims that he cold join  .DOC and excel files . This is a big mistake . h ecan do that as far as the files are only text . However  both todays’s DOC and XLS files are binary and compressed . I did that and understood that only the first if thse files can be shown!

To advise again if the files :

…If the files have different sampling rates (44 vs 48kHz ) only the first file can be heard . for example the song ID is heard but not the song that follows. The program continues to play without anything can be heard!

Example: that happened before knowing the problem of the wrong sampling rates. Most music mp3 files were set  at 48kHz while my voice recorders were set  by default on 44 kHZ . The joining result was totally disappointed and littered to the bin of my laptop . I found this mismatch after analyzing the files with my Xrecode converter

….If the files have different bit  rates the result is OK and plays well . Sometimes the standard players (as Windows player ) can show the first file’s time length even if the series of songs is smoothly played. Thie same can happen in putlockers

For example the last days  I have joined two songs for a total length of 8.45 minutes . The Windows player shown only the 4.45 minutes ie the length of the first song but after the song was finished it continued to play with the second song showing the real time,

…special notice. Because this program is aired via AM mode ie in mediumwave or shortwave getting lower in terms of bit rates does not show any significant differences in the final reception. Signal fading also affects  badly in that as any interference and noise into the  reception result

…the last and difficult problem was with pulockers as box and Dropbox  and happens with the bitrate  anomalies. A few resulted files  were partially downloadable after uploaded to Box or Dropbox. The problem lies into an abrupt stopping of lockers  player. Anymore tries stopped in exact the same time point

An example: My #23 file was uploaded smoothly . Both started played that OK from the start until the 19.20 minute out of the requested 27.50 length. That happened  many times again. Downloading the  file in recipients computer  resulted  in abrupt stop in nearly the same time point.

The best solution was to zip the file so that the producer can download it in full and play in his computer . There is still some unnecessary time for him to unzip and use it. As a 35 yr PC user  ma quit fast in  doing such things but I m unsure if the other is so fast as I …

This is the most significant problem happened. Even  with everything being OK and well heard in my computer still stops in lockers player with surely abrupt  stop of downloading …

…. Another reason to be KISS is not to use my external mp3 recorder . This process is quite time consuming: Using buttons as many times as required  to record all 3 second or less song ID files then remove the DSD card add adaptor, put into the laptop, wait till explorer starts then move the files into the PC then number them etc and move the DSD card back to the recorder It has been used well past times and buttons sometime do not respond properly

…another reason is NOT to use audacity or any other sound processing program.. I could use them only if some sound effects are necessary or cut and copy works  - mixing or editing songs are required

For example  I did  that when mixing a original Greek song with its hindi version or when tested mixing two songs with voiceovers in between.This is surely something a bit complex but with sure results and s a sure reason to use this program !

Finally I have found the solution using a more complex but also very simple in the end solution for the mixing product.  Xrecode III has a nice option of merging audio files. I have recently used that by chance which  later have been updated a bit with the following process and can be used directly with the original files to keep the highest fidelity possible before transcoding :

(a)Set output format into Mp3 and set output settings into :

(B) Action : merge /cue with mo3 unchecked  and cue file off

All this above has been saved into a profile that memorizes everything above.

As for the low bit rate MP3 from Fraunhofer  . I have not any other choice except using total recorder as file converter by just opening and re-saving it 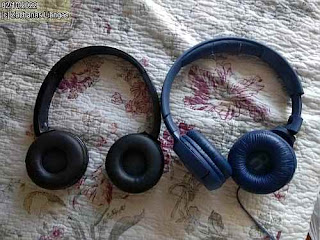 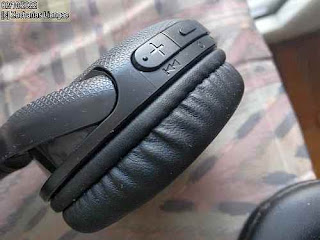 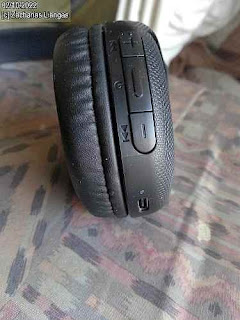