Although I rarely use hands free it was broken by an  accident .The  left ear has been  damaged after my daughter carelessly broken it with her  hands .Never mind , its quality was  very  bad with very dull sound  .It was  part of the smartphones pack, a cheap 60Eu  2-core model, used 13 months with now nearly defunct WiFi possibly because I used it  quite  close  to the router. I used it  about 1-1.5  meter far though not very sure if that really happens or is just my opinion. I sometimes  use my smartphones  for more than 2 hours instead of my tablet for just checking the mail, the news ,and the chats and posting photos on Instagram.  Sometimes I use the earphone for experimental dictation.


Now back to my smart phone’s  earphone. It is a typical old fashioned ear bud  with mediocre  fidelity and sufficient microphone sound and fidelity enough good for telephonic usage. There are no trebles  but basses are  right. As in result I decided to look for a new model again from Betron my favorite earphone company .


As you may know the B25 model had  very good specifications  (look on the previous post that tough written on may it was posted end of September  due to many reasons ) Betron has a very broad line of in ear products with very low prices via Amazon.


I decided  to look for a model that can also have volume control so that can be used  for any other gadget say mp3 player or radio. Unfortunately the old fashioned way with the variable resistor is now extinct so that I could not have any fine adjustment on my  smarthphone's  volume. Finally I decided to order  the Samsung  version of GLD60 by chance for a price  of 9GBP plus shipping a total of 17Eu.


Shipment was  a very funny thing: The pack was sent registered and therefore  was tracked by Amazon and then by the Greek post. It has been sent on 6th of Sept,  arrived in Greece on 13, passed  twice  the customs, spent 3 days in Thessaloniki and received on 26. The time it arrived in Greece  I have received an email message from the shipping company with the tracking number to check its route .

Finally on 26 th I took  the small A5  sized parcel  from Amazon. This is the favorite  company of our post office.


Here you will look on several photos of the box and the accessories: 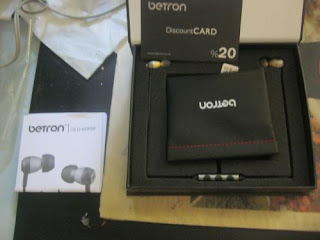 Later on the house I opened  the parcel . Betron uses a  15x14x2.5 cm  carton cassette to include everything . There  are many things inside :  the  earphones located in between  a foam sponge that  keeps it quite firm    two  earphone  replacements , a landscape  sized pouch , a folded user guide,   a discount carton   and a cable holder. The carton top  has also a  metallic sheet in between the front part  of the foam base and a magnet  inside the  box to keep the  box firm. 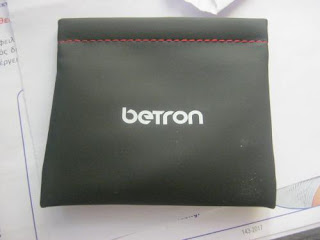 The paunch  is quite uncommon   considering all other  punches looked so far especially from mini  Degen radios so far .Instead of a lace they preferred to use a metal foil that I suppose it will keep the earphone set even stiffer. 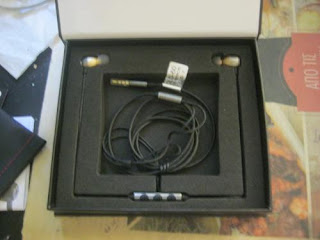 Earphones are kept quite stiff inside the protective foam on the box. Nice design huh ?Controls are in the front while buds are shown in the rear of the box. Plug is protected by a small plastic cover. As you will see the plug has three zones the added for the microphone sound. Also a flag is added to  show the model type 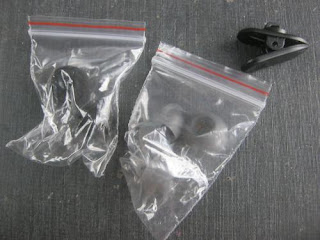 These are  the spare parts of the set . Two spare sets of ear plastics and  one cable hook .There are two sets on gray color  and only one in black .The gray colored are in two sizes:  medium and small. Unknown why they didn't put a second small sized black set 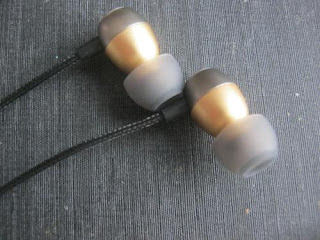 The earphones have  a nice slim size and are offered with the  medium  sized plastics. The cable uses tigray colored cables in all  its length. 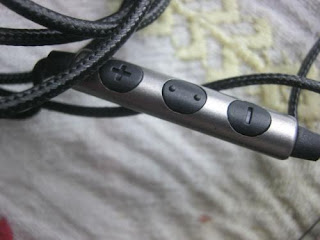 This is the control system  based on three buttons and the mike in the rear shown as a very small hole. The guide shows just a centre button that totally depends to the smartphones'  specifications . 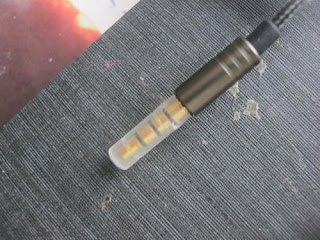 The plug with its   three bands of connection. Stereo plus mike's or  control pass. And the protective plastic case. 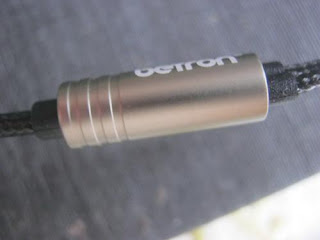 This is the cable  separator system made by  possibly aluminum. The whole  logic reminds me some models of A4 tech on middle 00's that use the same logic in their earphone design.A4 tech today is rather  nonexistent here in Greece . 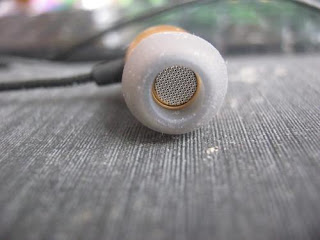 A nice close up of the ear bud .You may  also see the drilled metal.


This was a  short overview of the model. Now on   its  specifications as measured and compared  by myself .


The immediate first test was using my Bolong radio, the   B25 GLD60 earphones with a audio splitter for faster listening I don’t know if this can affect the operatively of the smaortphone ears but this is the only fast way to investigate the efficiency    between various earphones or  headphones without plugging and unplugging them. And also to check simultaneous cross-bud efficiencies. This is a way I do for more than 15 years. As noticed in other  posts in this site this radio has the widest sound among my radios with increased trebles perfect for testing among headsets.

This   was the burn-on text for  the GLD60.Separate set listening  shown the  60 have little  less volume than B25,  around 1-1.5 db only little less bass and little less trebles. If I can set B25 as  perfect   I can  rate 60 as 4/5.But parallel listening  with two LEFT ear buds  shown the sound being in exactly the middle. This can mean sounds are exactly the same and there is  no difference between the audio responses of  these earbuds. Exactly  the same happened testing then with the two RIGHT ear buds and then reversing  them into my ears!


Next  step was  to use it alone  into my smart hone and test the microphone with a short recording in a special app. Tested in a radio station with good  sounds and into a mp4 that had also good sound and then  tested the control buttons . I was surprised  that the (+) and middle buttons stopped the player while the (-) button didn’t affect the  smart phone! I sent a email message to the company who advised me that the model is compatible with Samsung models and the mode generic version could not possibly offer anything to my smartphone neither the microphone can work (??)

Later same night I continued me tests  with other equipment.

Please look my previous  posting. Considering a HiFi earphone model B25  relatively the same  bass with  model AKG518  ,higher  audio volume by 2-3 dB and very sharper trebles . As 60  has nearly the same audio we can assure that it follows  the same curve.


Verdict : 60 has  quite good audio fidelity with sharp and bassy sound. At GBP9/Eu10.5 its specifications are  well  above its price. It is now decreased to7 GBP.