An old player used only as auxiliary and by my daughter for a short time till she  skipped to her first smartphone two years ago  . I also replaced over the Ruizu which finally didn't fit to me  with its trebly sound and poor radio quality.

Notice : I always use  my AKG81 DJ or the JBL T500  headphones while testing any model. 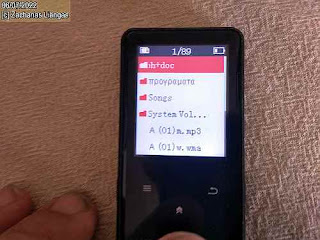 Notice that the Benjie is the same model with Supereye with the top control buttons operating the typical English way : left operations in the right panel and vice versa See the photo above!

Relatively heavy for its size, it  can mean that it uses a aluminum case with around 120 gr of weight

In short i can assure that it can use that it fully supports 32 GB of RAM  and as advertised it can support up to to 128 GB. The new ram i use is 32GB  that covers all the previous RAM with more material .

Most directories include between 800-1100 files . Changing folders and  scrolling into files in such giga folders while playing music, can temporarily freeze playback. With around 70  files on screen scrolling in 10 seconds it is the fastest scrolling i can think so far.Chinese Greek and Thai file names are supported. Also the ID3 info. 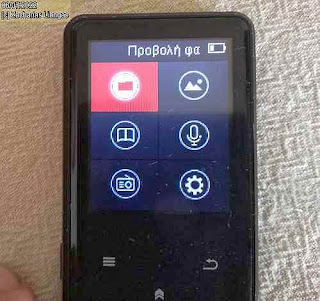 Among the supported file are MP3, WMA 9.x , OGG,APE, FLAC  and MP4. WMA 10 is NOT supported  DSD are NOT recognized. Hi-res FLAC neither

Bluetooth  is selectable from the menu. I only once used this operation but i m not interested to use it . The playing time drops to around 8 hours (non-confirmed but referred in the op manual )

Stereo FM radio with good audio quality and ability to record in WAV mode only .  Listen to a  recording: https://app.box.com/s/dp6mq4k3fi5qtl6f24yo593z04pagb16

Mine Supereye version scans in reverse with up button scanning downwards the band ie from 108 to 88 MHz!  it stops once a strong station is found.

Volume is shown in a circle levels up to 9 are OK for normalized songs.

A few vlogs in youtube that show its operation