And this is the final model that was tested after finding a series of headsets for the family . That is because "....everyone reserves to have his personal Bluetooth headphone" if you think it is more logical or not. IN away yes as the anyone's ears are a  bit different  with different hearing or musical abilities and interests in the one side and the possible transfer of bad molecules in  this very bad period as the doctors advise.  As for example my wife has not any aural requisites while listening to videos while my daughter most times advises that all headphones are excellent even if i can see huge response differences in each model she used so far And believe me she already destroyed more than 5 headphones  in just 5 years. all fo them were of prices below the 15 EU range

Unfortunately for the remain of the family my ears are quite prone to audio problems  tat is a mix of tinnitus the persistence or  the long history  of using studio headphones and earphones for more than 20 years Most of these  models are referred in this site.

Among the models i checked there is an interesting model from a company called Ninsheng with he code number SN-P18 as noticed in the box and the headphone. Its very funny that is not noticed in the Alixpress page. With a very short Goo-search is sold with many other names Uukuer Hanshi Bakeey etc

This the biggest by size model in full plastic i used so far. as with the remain models bought via Ali  its price was just  Eu17 plus 3 shipping  a rather 'cheepish' model that offers 'too much' for its price. 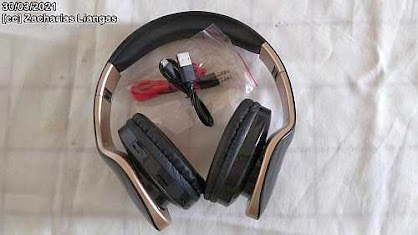 as with all packs the packet contains the headphones a typical USB cable for charging and a 3.9mm jumper to connect with audio gear. Instead of the typical 50 cm jumper as the remain models this is around 100 cm flat cable with red colour 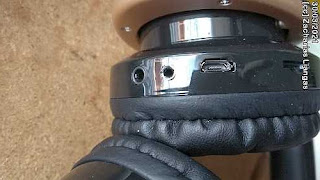 The photo turned right for better view . There is a SD slot with the new design that tested to support 16 GB  memories.

The typical USB D plug for charging the microphone and the 3.9 mm plug for the jumper. 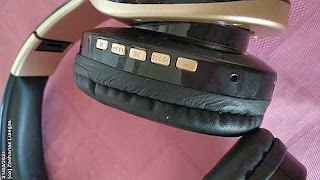 ...and the set of the standard buttons with multiple functions. ONe of them can select between SD, memory and wireless usage . Plugging the cable the headphone switches off 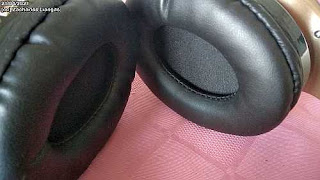 The earphones are over ear even if they seem to be quite big due to their egg shaped design , They are around 2 cm longer than the model reviewed previously

First lets mention something important. as with the previous two models i have understood that this basic category introduces a quasi 3D sound that is 'adding spatiality' that is active in stereo mode.

The added middles etc are simply a passive way of filerting the audio spectrum by the headphone design and its base. This base design is possibly also the reason to dissipate the lower part of the band to give a 'fake' sense of 'audio widening' that can spread across the middle point - over the nose - and a few cm towards left and right. IN my opinion it helps you to listen a bit better your calling counterpart but does not help so wall if you intend to listen to the music for the optimal experience.

As with the remain models the Ninsheng model shows also this spatiality  and  introduces  a peak on the bottom mid band. Just  see this picture below as tested with the AKG DJ81, my most favorite headphone with nearly linear frequency response It is designed in a piece of paper as you may understand. 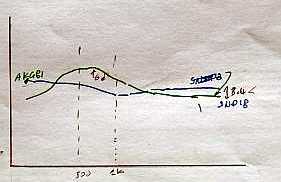 The ninsheng model shows a peak of around 4-5db between 400-700Hz that is a bit annoying to my ears. Low basses are also minimum but above the upper middles the sound is very close to the response of AKG with less than 3 db of loss. The total sound level is around 2 db higher than the AKG.   Really comparing to the remain Bluetooth models it has the best audio with Awei as second.
To add to the above the one speaker shows a loss of trebles
Enough for the sound part that is the most important of the review

-Line in : the sounds is the same as from the Bluetooth with the same 'spatiality'

-SD card :nearly the same fidelity and spatiality as long as the volume is not very high   . It supports both WMA and MP3 The first time i used it in its maximum level the sound was totaly terrible

-FM There is an FM option  that first needs to auto store all channels. in the point i leave the signals are quite strong but the radio is not enough sensitive  While walking cross the room the signals can also be lost and return fair in signal.

The above review is made with the Bluetooth transmitter  in mind as tested before . It requires around 35-50 second to connect.

Connection via  smartphone /PC. It is shown with two identifications as stereo headphones (P18 stereo) or just as monophonic headset  (P18 hands free AG audio ) Hands free option has inferior monophonic sound . My Xiaomi smartphone could only connect to the P18 mode and only after the second try to search BT gear!

3.5/5 As in result the headphone the does a good job in its category with good but wide sound but not as the linearity a  'linear' wired studio model does In this situation it is rated as 2.5/5 Anyway though a interesting gadget , due to my hearing problems is a reason to replace it with a better model

I finally sold this model 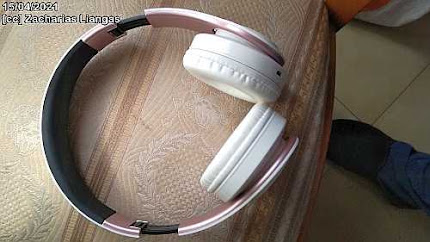 Very cheap  indeed  don't you think? Just looking for more info and reviews in the page there were few Greek buyers reviewing it this model very shortly . More than 5000 people have reviewed it with high scores , that can mean ti can be quite good

ON January this year the model was under fair price that is,  lower than the usual. Indeed the model was priced at only 10.6 Eu showing a 'fake'  standard price  at around 19EU. I more than 8 months so far looking for interesting products and understood that most sellers in this platform show a standard price plus a inflated 'original' price. As in time of writing the price  is 64% off  the original price at 43Eu!!!

MY wife was quite impressed for its low price and design and we processed to order them . It was delivered to the local post 90 days after the order The cheapest alternatives in the local market start from 20-25 Eu except OEM models. 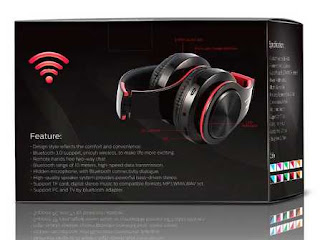 This is a photo from the its web page . There is no any info about the code number.It means to me it is just a direct  OEM  product or just unbranded. Unfortunately my wife littered the carton box to the waste container, directly after she used it,  due to limited space in the house. 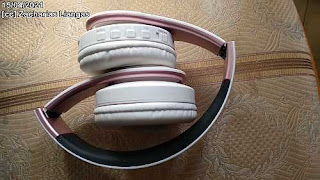 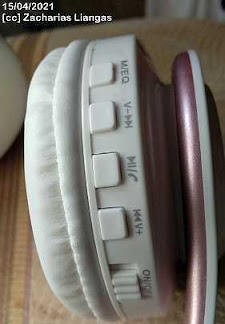 Now look on the bottom part  of the above photo: there is a on/off  switch I think that this is a nice enhancement over the typical on off switch that can drain the battery if the headphones could not be used for a very long time . This protects the battery much better

They are also the typical volume / play /stop buttons etc 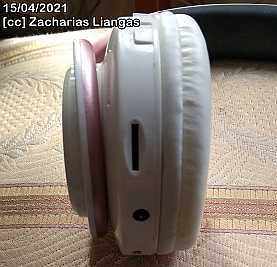 In the bottom of the earphone there is also a micro SD card slot plus a 3.9mm socket for audio jumper . In the package there was a small cable for this purpose but we preferred to use a standard cable of the market, about 1,5 m long 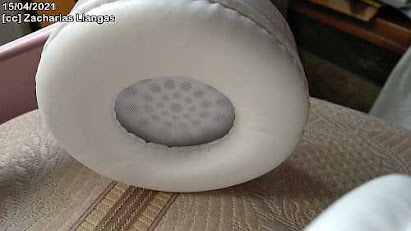 The design of the headphone is nice and typical with fatter than normal cushions than in most other models i tested . They offer better noise reduction than my Silvercrest earphones . Also my wife agrees with that!

I used them both wired and wireless. Sound is quite better than my daughters AWEI 760  model tested already before. Awei sounds rather dull and a bit spatial. This model has a bit less trebles,shifted basses but sounds less 'dull' Reversing the headphones the sounds in the spatially middle points (ie as heard in the nose )  remain in the same position. It does not happen to the Awei!

AKG DJ81 or even the cheap Silvercrest headphones are heard quite better than this at a flat , as i can call, audio frequency response.I can suppose that these BT headphones are designed to favor basses and middles at the expense of the higher frequencies. It  also happened older times when i tested other display models before, in a store . They were immediately rejected for only this reason!

With my smartphone : around 30  seconds with second try, It was identified as LPT660 The signal is lost at around 9 meters with a wall of 50cm in between. Typical in all cases so far. While calling someone , the fist two tones are garbled! They sound quite good with their inner mic as someone told me.

Just a  short research with revealed the name Alexly as the producer.

My wife prefers to connect it with her smartphone, Her needs are very limited to watch movies of the remote past and telenovelas  while getting  isolated from external noises Even as a long movie and series fan she still cannot recognize what HiFi stands. Instead my daughter is in the start  of understanding what it stands for!

My personal experience : the earphones are good as far as they are used for remote listening but cannot replace any HiFi model.  2/5

Rate 4/5 considering its very low price and the good reception as noted just above.

Still  3 yeas after the headphone is working peperly with no  problems and good Bluetooth connectivity in a house where a fireplace quite fat and irregular shaped  walls make 3 BT models show connection instabilities  in just 6  m far from a android TV which possibly has  low Bluetooth transmitter. but my ears are now a bit more sophisticated so at after short time my brain gets irritated when listening .