Finally the cheapest of all earphones tested! 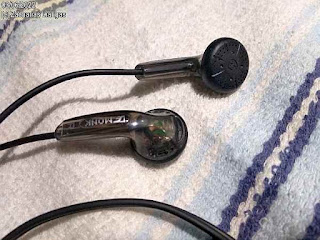 After receiving a very impressive review with price below the 10 USD i was very such impressed with this article.A few more articles also shown good reviews and finally i decided to buy for a test

The parcel received in less than one moth via ebay and received in around 20 days from the in laws home. I had together with  me the ALG81 DJ and after opening the parcel i immediately tested i with a Shortwave radio of good audio quality and later with mine auxiliary HiFI player . the Amoi.

On the Amoi and a Q3 recorder and MP3 player the sound is a bit better.

From what I understood the problem lies in the audio curve. Comparing to the 81DJs curve , the Monks has some better tuning to the higher parts of bassy range and lower gain on  the higher highs. Comparing with  other earphones as my  favorite Inkax HiFi or Music , well usable for smartphones  there is a huge difference on the trebles side

Spatiality : the earphones have excellent spatiality as with the DJ81 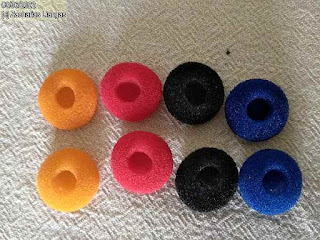 Second minimal problem: after long time of using them my right ear was annoyed . I also tried to use the sponges but I didn’t manage to put them over their housing The hole is too small …. After 5 tries I desisted continuing…

IN the other side I liked very much that this is the fist time there is an earphone that reaches the spatiality  the volume and the near linearity of the sound that goes a little under a semipro model as DJ81 ! 4.5/5 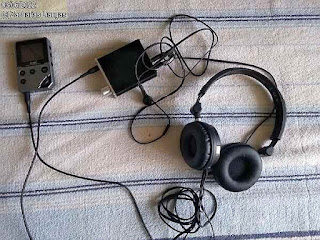 my typical way to test head- and earphones
update : testing monks with AKG77
Being once in the main home i cross tested monks with AKG77. The sound of AKG77 was quite better with sharper audio .listening was in sequence than parallel
To get in more detail:
1.monks are a bit bassier  as compared with DJ81 , on the 'higher' bass band
2.The highest highs are a bit reduced  comparing to the 77
Αναρτήθηκε από Zach Liang στις 3:21 π.μ. Δεν υπάρχουν σχόλια: