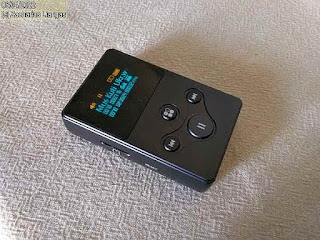 Its a long time forgotten blog to make

As you can see all my posts are referring to low and middle class mp3 models. keeping some money for reserve i was for very long time into looking for a  good model of higher class ie audiophile model; I finally rested into the XDuoo X2S an entry level audiophile model Aas far as i know this brand is well reputable in the audiophile market for their valve  amplifiers and other related HIfi equipment

The 2S is around 55 -65 Eu in ebay from China and found via France at 60 plus courier shipping at 12 EU Quite good price and quite  fast delivery service in just 7 days to Middle Greece. 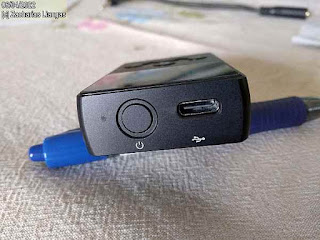 I  shot it a few days after receiving it but lost the opportunity to blog it due to other reasons. This is  the top view of the player. Unfortunately it is very small . much smaller from what i could expect 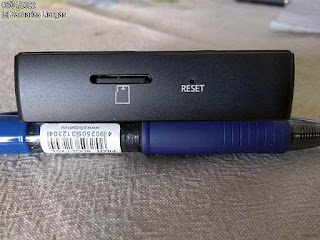 Very simplistic design and controls comparing to my Amoi or even to the more complex Nintaus/SHMCI . 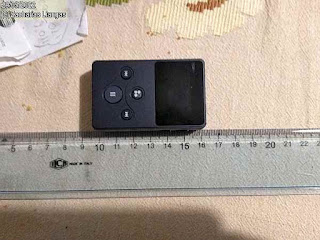 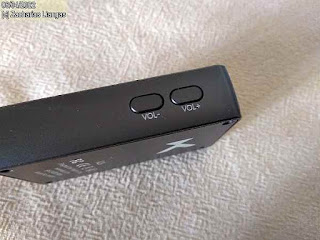 And  the volume control!

For its size it is quite bulky . 3 times thicker than expected. 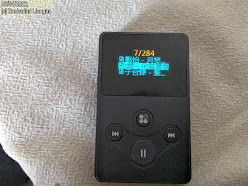 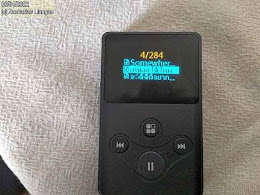 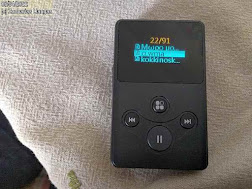 Three  interesting  photos: There is support of Greek Chinese and Thai scripts !

Now getting into the more serious thing: the screen size is very small with only 3 small lines to show any info.  MY eyes are not so good to read the so small display so i need to use a magnifying glass 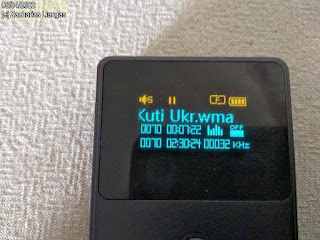 Instead if what i expected there are not ID3 info shown in each file nor the mini  image-thumb that can be supported in any of the other models  tested : Nintaus / Benjie [Supereye] or Ruizu
Instead only the basic info can be shown : filename , file number, time , full time and kbit! 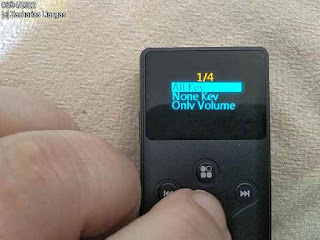 An interesting option of this player is the button locking , not fond in any other model  , programmable via the  menu.   You can lock the volume , the previous next buttons or All buttons!

The volume control is not so good  as waited with limited step to 30 only as with most players used except the Nintaus (around 80+steps ) As [not] expected the steps below 6 are more stepped higher than the remain above that level (around >10dbA ). They can only be used in very quiet rooms

Let me not to be very analytical here . In short this model supports nearly all the audio formats available :

FLAC and DSD formats at 5.1 are NOT supported

Scanning songs in very large directories with more than 700 files can 'crash the played music". ie similar sounding as  of stream under-runs

The sound between Xduoo and Benjie M6 is nearly the same with little bass over the Benjie,Compared to Amoi , Amoi lacks some bass but adds some treble

Notice  that my 5 year Super eye is really the Benjie M6 adapted to the UK specification with edit / escape control buttons in reverse. The link redirects to a YouTube's  vlog who makes a  short presentation. 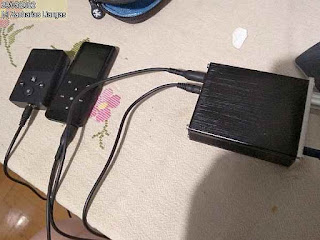 This is my typical way  to listen : i m using the mini audio joiner or splitter and listen the same song in parallel by just switching between the sources Twin cabling of same length and quality.  . 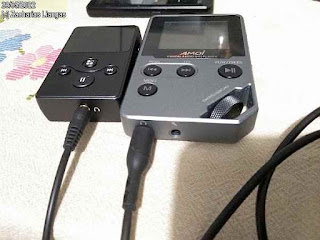 Xduoo has the same width with the "brick" Amoi that weights around 300 gram! Amoi has a bit of minimized lowers and enhanced trebles over the Xduoo at less than 4 db difference.