This headphone is the result of searching for a as neutral as possible headphone to be used with any audio player and also my PC, For unknown reason the PC's sound card shows a quite high b bass sound  with more than 10 db over the flat response. I found that at a price of 130Eu from a local store in Greece with nearly no shipping charges There was also a mini problem that i wanted an over- ear model instead of circumaural as ordered. Unfortunately  there was nothing very close to what requested and "canceled the canceling" of shipment .

It has been received in just 3 days Below is a pictorial overview  with a comparison with AKG77 my not so standard testing headphone except that this is the most proper model to check. Both are connected  with a A.B switch to splitter just in case ohmage is different. 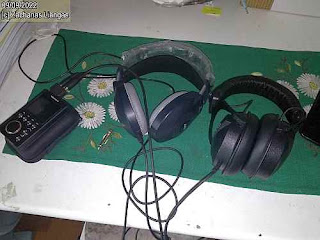 Here is the arm above the headphone. it consists from a relatively thick metallic blade: 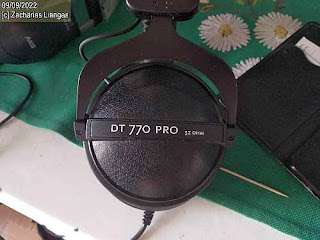 The cushion over the arm is detachable as most pars of the headphone.There  are some 'bolts and nuts; that can help removing it  . this is the best for a headphone to replace every defunct part: 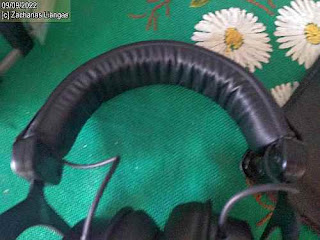 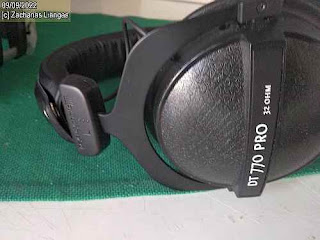 And here is the plug for of the headphone .  as you can see the log has a srew type stabilizer so that the adaptor cant be lost or loosened ! very smart idea indeed! 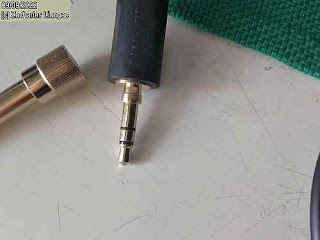 The results : the sound between the K77and this model is very different:

The K77 is 'terribly bassy'  comparing to Beyer -even  with other   headphones is not so much-  with with some gain reaching the the lower middle band. Quite high audio  level comparing to the Beyer assuming a difference between 6 and 9 db. The standard trebles are nearly the same with the very slight over the AKG.  . I made a  rough drawing of my perceptional levels to describe it in sy format: 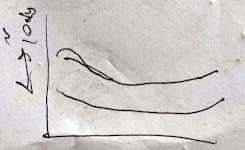 Personal opinion after using  it quite long: This is now my model headphone that offers great sound,  though not so high volume as other models of its class,